Arudra Darshanam and Chidambaram – The Cosmic Dance of Lord Shiva

In Faith and Devotion, Stories related to places 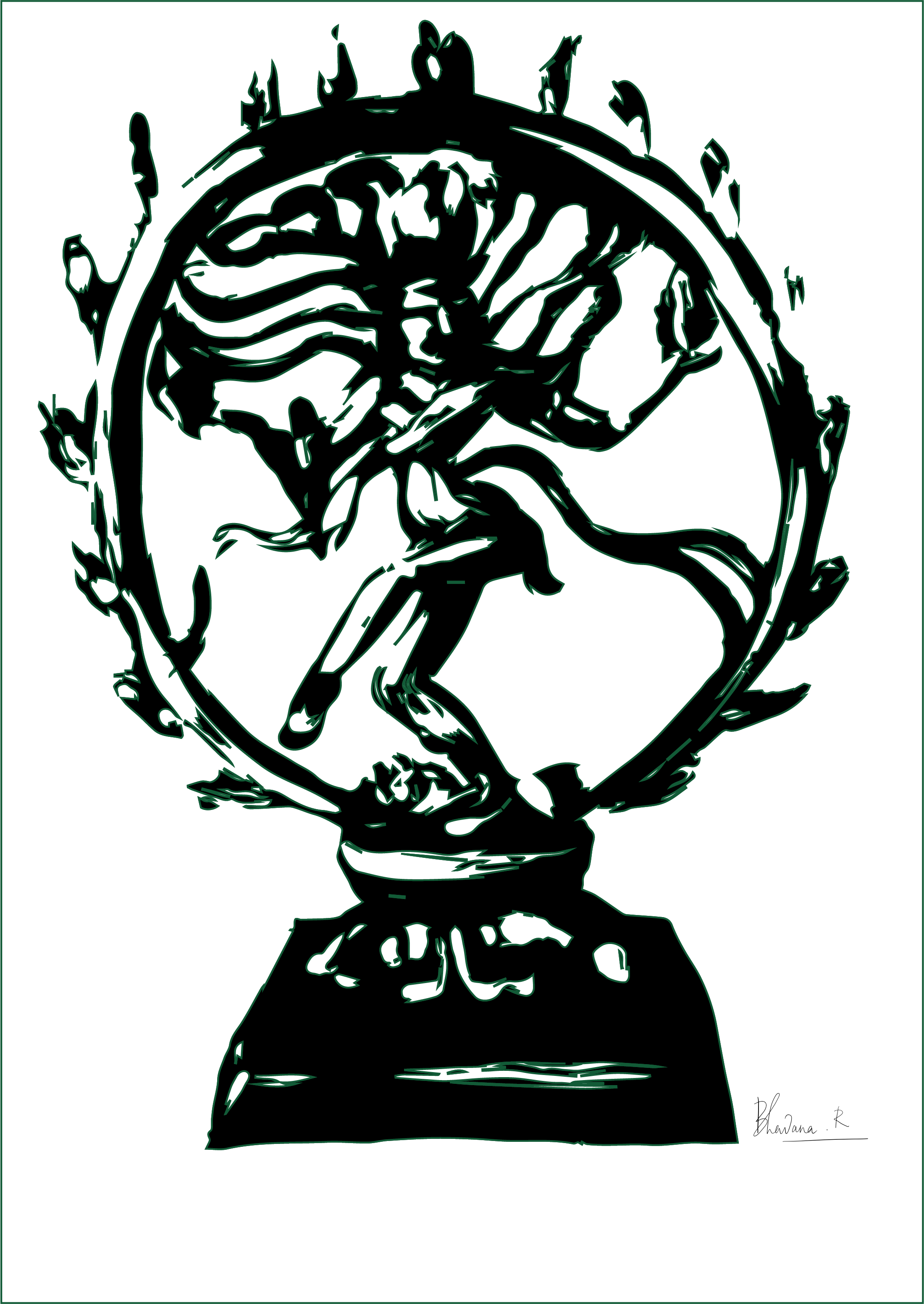 Legend has it that Adisesha, on whom rests Lord Narayana, once felt that Lord Narayana’s weight was suddenly increasing. Curious, he asked Lord Narayana the reason for this. Lord Narayana smiled and said, “I was remembering the Cosmic dance of Lord Shiva which I had witnessed in person long time ago. My body welled up in sheer bliss of that memory and that it the reason you felt I was heavier.”

This made Adisesha more curious. “The mere remembrance of a dance gave so much bliss? Then how blissful would it have been to experience in person? Surely I should experience it” Adisesha thought to himself. He expressed his wish to Lord Narayana to learn more about the dance of Lord Shiva.

“In the ancient days, there were many Rishis living with their wives at a forest called Darukaa Vana which was filled with deodar trees. The Rishis had their ‘Kutirs’ and ‘Ashrams’ and were practising severe penance and rituals and had gained a lot of knowledge and supernatural powers. They thought they had mastered all that was there to be mastered. They were stuck in their illusion that they were the greatest and hence, did not require Divine Grace any longer.

This made them and their wives haughtier over a period of time and they started thinking no end of themselves.

Lord Shiva and Lord Vishnu were witnessing this. They both decided that it was time the sages and their wives were made to realize their folly.

Both of them made their appearance at the forest where the sages lived. While Mohini appeared at the place where the sages had gathered for penance, Shiva made his way to the living quarters where the womenfolk had gathered. Mohini caught the attention of the sages as expected. Soon they were all like bees attracted to nectar. Forgetting all about their penance and rituals, they were surrounding her vying to get her attention.

Shiva in the meanwhile was, in the young man’s guise seeking alms from the ladies and all the ladies felt drawn to him. They had never seen such a handsome youth before with such looks and demeanour and as if, under a spell, were competing with each other to talk to him and fussing over him.

This went on for a while and suddenly some of the sages realized the way they were behaving themselves and were bewildered to see what was happening in the women’s quarters. They realized the shallowness of their so called discipline and self-control and ashamed of their behaviour and that of their womenfolk.

They decided that this man and woman who had made them go out of their senses, were certainly some evil wizard and witch who were practising some kind of black magic.

“Let us use our powers and invoke a tiger to kill this couple” said one sage and they lit the sacrificial fire and chanted some powerful hymns. Within a few minutes a huge tiger emerged from the fire, baring its sharp teeth and claws, looking very fearful.

It charged towards Lord Shiva with a deafening roar. The agile Shiva caught its middle with his two hefty arms and threw it on the ground. As it got up and pounced once again, Shiva caught it yet again and killed it. He tore off its skin and wrapped it around his waist.

The sages and their wives were stunned. However, it did not occur to them that the person who they were trying to fight was the Lord of the Universe.

They went on to again create with their powers, huge deadly serpents which surged from the sacrificial altar hissing loudly and swaying with vengeance.  Shiva calmly lifted one of them like a belt and wound it around his waist. The other serpents became his bracelets and necklace and were no longer fearful.

The sages were further enraged. Now they created a demon with the body of an infant – He was called ‘Apasmara Purushan’ or ‘Muyalakan’. He was the manifestation of their ignorance, possessiveness about themselves, and greed. He jumped out from the fire and charged at Lord Shiva aggressively with a savage roar.

Shiva with a smile, picked him and threw him down, immobilized him using him as a pedestal to dance.

The sages now aimed a huge blob of fire from the altar at the Lord.

By now, Lord Shiva had assumed his own form – four arms, third eye and all. He gracefully caught and placed the blob of fire on his left palm.

The sages realized Lord Shiva and were horrified to know that it was He whom they were countering all this while. They felt so embarrassed of their conduct and started praying for forgiveness along with their wives.

Initially Lord Shiva looked so fearful that even Uma, his consort who appeared there looked so frightened. Vishnu had reverted to his own form and was watching the dance with awe. Lord Shiva started smiling and dancing in bliss. Bharata Muni appeared with his palm scripts and was noting down the movements of the Lord with ceaseless wonder, for this dance of the Lord was later to be the basis of the great dance form Bharatanatyam.

Soon Indra and Lord Brahma also made their appearance along with all the Devas to watch this beautiful spectacle of the Cosmic dance and by now all of them including the sages and their wives had started to dance in bliss”.

Now, after listening to the story, Adisesha wanted to witness the dance and asked permission to go and meditate upon Lord Shiva. Lord Narayana permitted him and Adisesha started his deep penance.

Lord Shiva, pleased with Adisesha’s penance asked him what was that he was seeking. Adisesha told him that he wanted to witness His cosmic dance, the Ananda Tandava at least once. Shiva smiled and said “You will be born on earth as Patanjali. Come to Tillai Vanam and I shall perform my Ananda Tandava there”.

So Adisesha, born as Sage Patanjali went to Tillai Vanam, the place with Tillai trees which is known more famously as today’s Chidambaram. He found Vyaghrapada, the sage who had acquired tiger’s claws instead of human feet, by Lord Shiva’s grace which enabled him to climb trees early in the mornings to pluck flowers for the worship of Lord Shiva. Vyaghrapada was also praying for witnessing the Ananda Tandava of Lord Shiva and soon the day arrived.

With the sound of conches and cymbals and drums, three thousand sages appeared and there was a rain of fragrant flowers. Suddenly there appeared the brightness of ten million suns (Koti Soorya Prakasham) and in that light appeared Lord Shiva, in the same form as he had danced in the ancient times in front of the sages of Darukaa Vanam. The dance was just brilliantly magnificent with infinite splendor. Words could not describe it. Goddess Uma in the form of Sivakamasundari stood nearby smiling with pride at her husband.  Sages Patanjali and Vyaghrapada and the others witnessing the dance were soaked in the bliss which was indescribable and all of them started dancing with Shiva and almost fainted with joy.

Lord Shiva looked at Patanjali and Vyaghrapada and with the most benevolent smile asked, “Is there anything more you seek?”

The sages, with folded hands said, “O Lord of Cosmic Dance, we consider ourselves extremely lucky to have witnessed this divine dance and your lifted foot. We are absolutely sure that surrendering at that foot is the path to Moksha (salvation). So, we request you to please dance here forever, so that even the common man who is not capable of severe austerities will have an opportunity to attain salvation by surrendering at your raised foot”.

The Lord agreed and stayed in Chidambaram as Nataraja (King of dance) since then. The day of his Ananda Tandava is celebrated as Ardra Darshan of the full moon day of the Tamil month of Margazhi or Margashira.

Let us all be blessed by Mahadeva!!

Tidbit: On the day of Ardra Darshanam, a sweet dish by name “Kali” is prepared and offered to Lord Shiva. Click here to read the story of how that practice came about.